Cairo – Mubasher: The Egyptian Exchange (EGX) delivered the best performance in the GCC and Middle East in the fourth quarter of 2016, rising 56.6%, said Arab Federation of Exchanges in a report published on Monday.

In the second place came Saudi Arabia with a 28.22% rise over Q4-16, while Casablanca and Iraq bourse were placed third and fourth after gaining 15.99% and 15.77%, respectively.

No doubt that the central bank’s decision to free float the Egyptian pound against a basket of currencies on 3 November 2016 boosted EGX trading activities, building more bridges of confidence with foreign investors.

In terms of market capitalization. Saudi Arabia topped the list with $448.5 billion, while the Egyptian Exchange took the eighth place with $120.9 billion, followed by Dubai Financial Market ($92 billion) 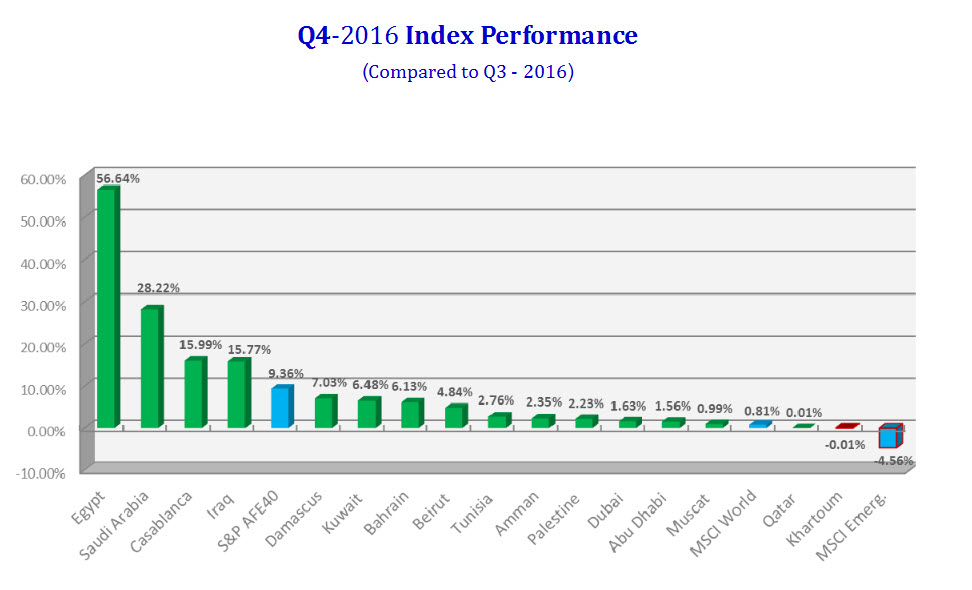